The essential guide for every icefall climber

Ghiaccio Verticale – The most beautiful icefalls of the Eastern Alps (Vol. 1) is a report compiled by sketches, maps and photographs of 400 icefalls of the Brescia Alps, Western Trentino and South Tyrol.

The guide, revised and expanded, offers an even more detailed description of the streets, bringing together many of the new ones. The search for new routes and low valleys and thanks to the passion and love for this discipline and the constant and accurate search of the material, “Ghiaccio Verticale” offers ice-breakers a wide choice of icefalls in comfortable valleys as well as the more difficult to reach. The photos, enhanced in quality, enrich the already detailed relationships, allowing better climb identification and faster guidance consultation.

“Ghiaccio Verticale” –  The Eastern Alps’ top climbing icefalls (Vol. 1) is a guide that should not be missed in the library of any ice enthusiast.

Francesco Cappellari, born in Padua in 1959, is a National Instructor for Mountaineering and Ski Mountaineering, member of the Central School of Mountaineering. Always in this area, in the CAI schools, he works as a developer of dynamics progression techniques. He began climbing the icefalls in 1990 by first tracing the classic streets to face new openings and unknown areas. It has a remarkable mountaineering activity ranging from climbing on rock and ice in the Dolomites, Mont Blanc and Scotland. He participated in six extra-European expeditions to reach the peaks of the Shakaur Peak (7116 m) in Pakistani Hindukush, Alpamayo and Peru’s Huascaran Sur, and was elected expedition chief to Broad Peak and Gasherbrum II where he reached the summit (8035 m). Author of successful works such as Ghiaccio Verticale, the most beautiful icefalls of the Eastern Alps, Mountain Bike in Val di Fassa, Ferrate in Cortina and the mountain guides dedicated to the Brenta Dolomites, Cappellari is also the owner of the Publishing House Idea Mountain Publishing and Mountaineering.

Idea Mountains publications distinguishes itself with modern graphics and impact. The published volumes have all been successful in both critical and sales successes. The first two books, released at the end of 2006, concern the great passion of the founder: climbing on ice cascades. The volumes “Ice Vertical 1” and “Ice Vertical 2” have in fact become the reference guides of all the northeastern icebreakers and beyond.

In the wake of this success, the Association has published volumes of other mountaineers, quickly reaching for good levels of satisfaction and is looking for other authors for new works. 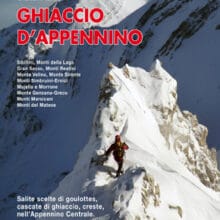 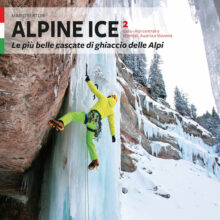 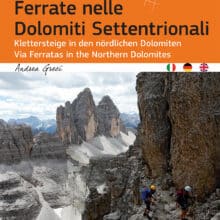 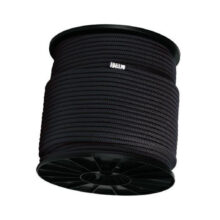 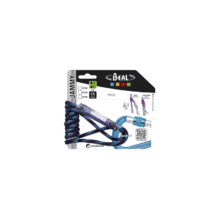 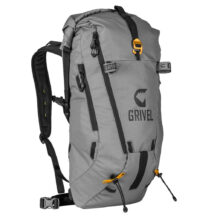