Arco, Valle del Sarca, Valle dei Laghi, Valli Giudicarie, Val di Non, Trento, Rovereto. For anyone wanting to climb in these areas you will find 136 different proposals in this Guide Book: new or completely updated, for a total of 5260 routes of varying difficulties.

A 360 degree scan of the verticality of these areas, with the wish to offer you a guide book which is as up to date as possible (the present Guide was finished in March 2018).

Every wall, every sector, has been confronted with the pre-existing one, updated in detail, route per route in the difficulties, and in their descriptions. 23 new crags have been added.

All the approach walks have all been retraced, one by one, with the added feature of using GPS tracks from the crag’s car park. All the topos have been updated.

Each crag is published with the precious collaboration of the route openers, with whom we have always confronted ourselves with. Nothing printed on these pages is written “secretly”. And it is with this logic that rock faces that bolters do not intend making “public” are not included.

There are 136 crags presented here and only a few are very busy: Massone, Nago, La Gole. Many others, truly beautiful, are climbed by very few people and the choice for climbers is varied, stretching from vertical slabs to routes ideal for families, up to overhangs of 9a+.

Mario Manica: from Rovereto, it is by hanging on to the hemp rope belonging to his father Bruno who was an alpinist, that Mario as a child had his first vertical experience. It will be the world of the Dolomites to give him his baptism on rock. As well as the Sarca Valley where, in 1979, with Giuliano Stenghel he opened the first two routes at Nago. In 1985 his first expedition: Patagonia. From there he went on to open numerous extra-European routes: Alaska, Baffin, Greenland, NW Territories, Borneo, Iran, Oman, Mali. His winter repetitions on the North and South Towers of Paine were the first ever in the world on that whole group. In the Great North, from 1988 to 2000, he was among the few alpinists to have made such a high number of first ascents on Big Walls. Not forgetting also the South of Mount Dickey (Alaska), the southern arête of Mount Asgard (Baffin), the right arête of Mount Nalumasortoq (Greenland). For Sonia’s father, Antonella’s husband, the pages of this guide book are the fruit of his total passion for exploration.

Antonella Cicogna: started off on the crags of Nago and Massone when sports climbing was just beginning and she was little more than a girl. From then on, rock and ink have been inextricably linked throughout her life. A professional journalist and translator, she is responsible for the extra-European alpine news in 360° the Italian Alpine Club monthly magazine. She was also in charge of the press office at the Mountain Film festival. From Milan, she moved to Rovereto after meeting Mario. Together they have climbed, walked, pedalled and been driven by that curiosity which has always kept them motivated. Amongst their favourite places are Colombia and Iran. Sonia’s mother, Mario’s wife, their three backpacks are always ready. Antonella has written these pages together with another two or three pairs of hands.

Davide Negretti: it was his passion for rock faces which brought him here. He observes them, studies them and then puts them on paper. His untiring pencil has, in this way, traced most of the profiles of the crags and pitches of this guide book. Note book and pencil in hand have been like his chalk for this area which he knows so well and where he has chosen to live. From Como, David has lived in the Sarca Valley for many years now in direct contact with its land and nature, operating in a local farm and promoting its products. When he looks up high, the lure is too strong. A new vertical page comes alive with his 2B lead pencil, inevitably always kept handy.

Be the first to review “Arco Falesie ed. 2018” Cancel reply 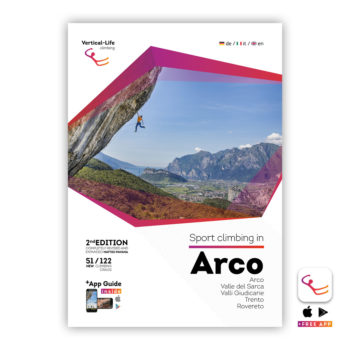 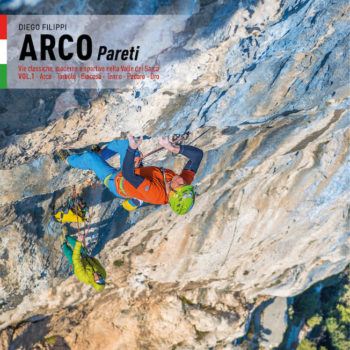 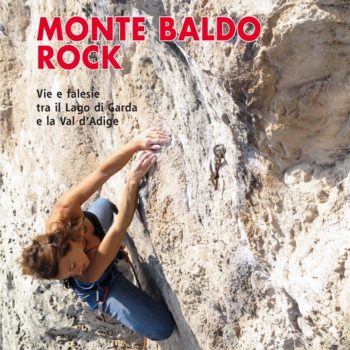 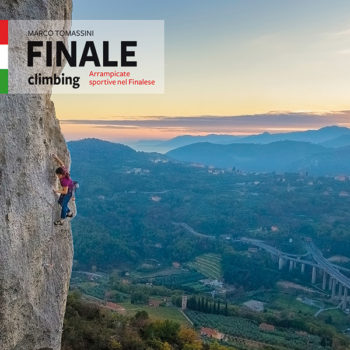